I Never Knew That Abraham Lincoln Ordered The Largest MASS HANGING IN US HISTORY, Or Why He Did It

People think that Abe Lincoln was such a benevolent President. He was actually a bit of a tyrant. He attacked the Confederate States of America, who succeeded from the Union due to tax and tariffs. (If you think it was over slavery, you need to find a real American history book written before 1960.)This picture is of 38 Santee Sioux Indian men that were ordered to be executed by Abraham Lincoln for treaty violations (IE: hunting off of their assigned reservation). Yes, the "Great Emancipator" as the history books so fondly referred to him as. 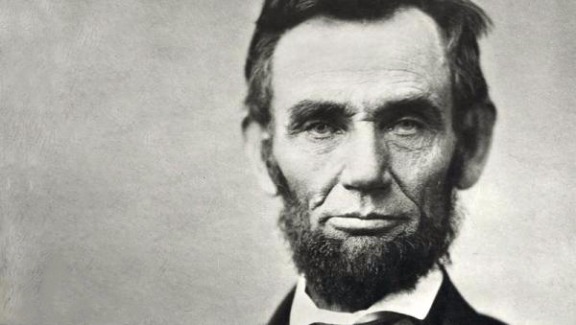 Authorities in Minnesota asked President Lincoln to order the immediate execution of all 303 Indian males found guilty. Lincoln was concerned with how this would play with the Europeans, whom he was afraid were about to enter the war on the side of the South. He offered the following compromise to the politicians of Minnesota: They would pare the list of those to be hung down to 38. In return, Lincoln promised to kill or remove every Indian from the state and provide Minnesota with 2 million dollars in federal funds. 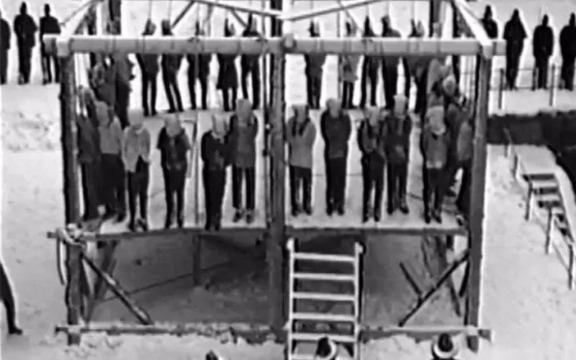 So, on December 26, 1862, the "Great Emancipator" ordered the largest mass execution in American History, where the guilt of those to be executed was entirely in doubt. Regardless of how Lincoln defenders seek to play this, it was nothing more than murder to obtain the land of the Santee Sioux and to appease his political cronies in Minnesota. 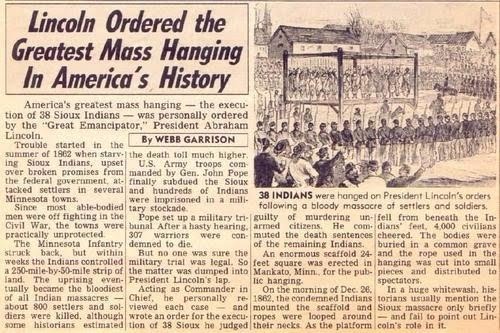 You have no idea the things that are hidden from you with the textbooks assigned to you as a child by your government. Stay mindful people, be aware….in the age of information being ignorant is indeed a choice. You are currently seeing the wholesale attempt to REWRITE yet another chapter in American History were the Confederate Battle Flag is concerned. Now there is talk of digging up graves and moving bodies that 'offend' people. This is nothing more than desecration of the dead. 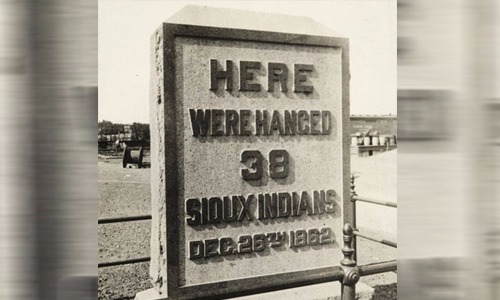 Have a disagreement with history, and not wanting to remember the War Between the States, is one thing. But to erase a significant event in national history is another. And sets a dangerous precedent. What will fall victim next to Political Correctness?
Click to WATCH: I Never Knew That Abraham Lincoln Ordered The Largest MASS HANGING IN US HISTORY, Or Why He Did It

Posted by Order from Chaos at 7:50 AM No comments: