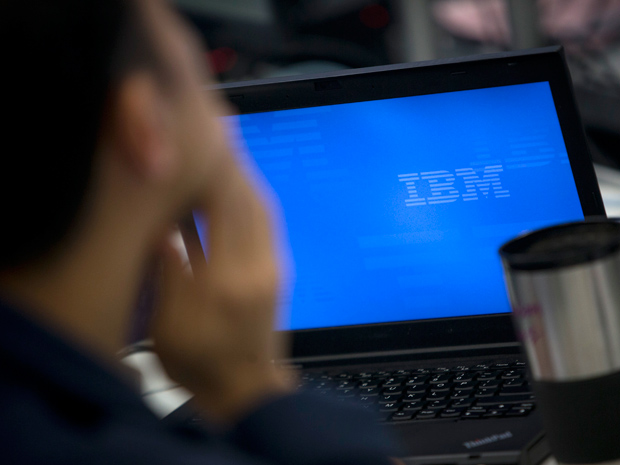 IBMers: Please share your experience with me directly at t.perry@ieee.org, on Twitter @teklaperry, or in the comments below. Keep yourself anonymous if you'd like, identify your job function and location if you're willing, but tell us your story, we want to hear it.

Project Chrome, a massive layoff that IBM is pretending is not a massive layoff, is underway. First reported by Robert X. Cringely (a pen name) in Forbes, about 26 percent of the company's global workforce is being shown the door. At more than 100,000 people, that makes it the largest mass layoff at any U.S. corporation in at least 20 years. Cringely wrote that notices have started going out, and most of the hundred-thousand-plus will likely be gone by the end of February.
IBM immediately denied Cringely's report, indicating that a planned $600 million "workforce rebalancing" was going to involve layoffs (or what the company calls "Resource Actions") of just thousands of people. But Cringely responded that he never said that the workforce reductions would be all called layoffs—instead, multiple tactics are being used, including pushing employees out through low ratings (more on that in a moment). And some managers are indeed admitting to employees that their job has been eliminated as part of Project Chrome, leading employees to coin a new catchphrase: "Getting Chromed."
The news is coming in from around the world, and is affecting folks in sales, support, engineering—just about every job description. The only IBM'ers spared are those working in semiconductor manufacturing, an operation that is in the process of being acquired by Global Foundries.
Alliance@IBM, the IBM employees' union, says it has so far collected reports of 5000 jobs eliminated, including 250 in Boulder, Colo., 150 in Columbia, Missouri, and 202 in Dubuque, Iowa.  Layoffs in Littleton, Mass., are reportedly "massive," but no specific numbers have been published. Pink slips have been said to be flying at IBM Australia, with rumors of 400 workers to be cut. And the Economic Times in India reported last week that employees of IBM's offices in Bengaluru were scrambling to find new jobs, trying to get out of IBM ahead of the coming tsunami.
Those are official layoff numbers. But then there's that performance rating ploy—also known as a stealth layoff—that involves giving a previously highly rated employee the lowest rating (a 3), before showing them the door. The 3 can lead to immediate dismissal, particularly in older employees on what IBM calls the "Bridge to Retirement" program, in which employees commit to a specific retirement date and accept cuts in hours and pay in return for being protected from dismissal unless they get a poor performance rating. For younger employees, a rating of 3 can put an employee into what is called a Performance Improvement Plan, and if the rating doesn't improve in a set period of time, the employee can be fired for cause. Giving out 3s works to the company's benefit even if employees are officially laid off, because it can lead to reduced severance benefits.
This isn't the first time IBM employees have received aberrant poor performance reviews shortly before a layoff; it's reportedly standard operating procedure. A former employee who was the victim of a Resource Action in 2010 confirmed this, telling me that after years of top ratings, he received a 3 just before his job was eliminated, even though he'd just had what he perceived as his best year ever.
Anecdotal evidence is beginning to pile up. At the Alliance@IBM website, an employee comment thread indicates that a sudden flood of bad reviews indeed starting coming in last week. A few examples:
The comments to date also seem to indicate that older employees are getting hit hard. Women, also, may be finding themselves first on the chopping block. These allegations, of course, are unproven—and may find themselves adjudicated by the courts. Some examples:
Of course, the appearance of the situation, in the eyes of employees and the public, is not being helped by the fact amid IBM's actions comes the board's announcement on Friday of a big raise for CEO Ginni Rometty.
"Just call her Machete Rometty," one current (or about to be former) employee posted.
The fascinating stream of comments is available here.

Posted by Order from Chaos at 7:07 PM No comments:

In our terrestrial view of things, the speed of light seems incredibly fast. But as soon as you view it against the vast distances of the universe, it's unfortunately very slow. This animation illustrates, in realtime, the journey of a photon of light emitted from the surface of the sun and traveling across a portion of the solar system, from a human perspective.
I've taken liberties with certain things like the alignment of planets and asteroids, as well as ignoring the laws of relativity concerning what a photon actually "sees" or how time is experienced at the speed of light, but overall I've kept the size and distances of all the objects as accurate as possible. I also decided to end the animation just past Jupiter as I wanted to keep the running length below an hour.
Design & Animation: Alphonse Swinehart / aswinehart.com
Music: Steve Reich "Music for 18 Musicians"
Performed by: Eighth Blackbird / eighthblackbird.org
Posted by Order from Chaos at 8:22 PM No comments: 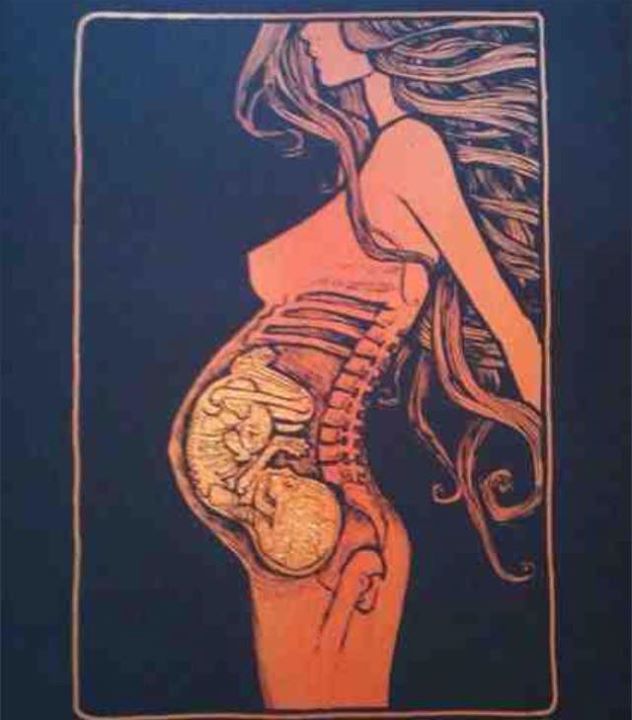 In a mother’s womb were two babies. One asked the other: “Do you believe in life after delivery?” The other replied, “Why, of course. There has to be something after delivery. Maybe we are here to prepare ourselves for what we will be later.”
“Nonsense” said the first. “There is no life after delivery. What kind of life would that be?”

The second said, “I don’t know, but there will be more light than here. Maybe we will walk with our legs and eat from our mouths. Maybe we will have other senses that we can’t understand now.”

The first replied, “That is absurd. Walking is impossible. And eating with our mouths? Ridiculous! The umbilical cord supplies nutrition and everything we need. But the umbilical cord is so short. Life after delivery is to be logically excluded.”

The second insisted, “Well I think there is something and maybe it’s different than it is here. Maybe we won’t need this physical cord anymore.”

The first replied, “Nonsense. And moreover if there is life, then why has no one has ever come back from there? Delivery is the end of life, and in the after-delivery there is nothing but darkness and silence and oblivion. It takes us nowhere.”

“Well, I don’t know,” said the second, “but certainly we will meet Mother and she will take care of us.”

The first replied “Mother? You actually believe in Mother? That’s laughable. If Mother exists then where is She now?”

The second said, “She is all around us. We are surrounded by her. We are of Her. It is in Her that we live. Without Her this world would not and could not exist.”

Said the first: “Well I don’t see Her, so it is only logical that She doesn’t exist.”

To which the second replied, “Sometimes, when you’re in silence and you focus and you really listen, you can perceive Her presence, and you can hear Her loving voice, calling down from above.” -

Útmutató a Léleknek
Posted by Order from Chaos at 12:36 PM No comments: 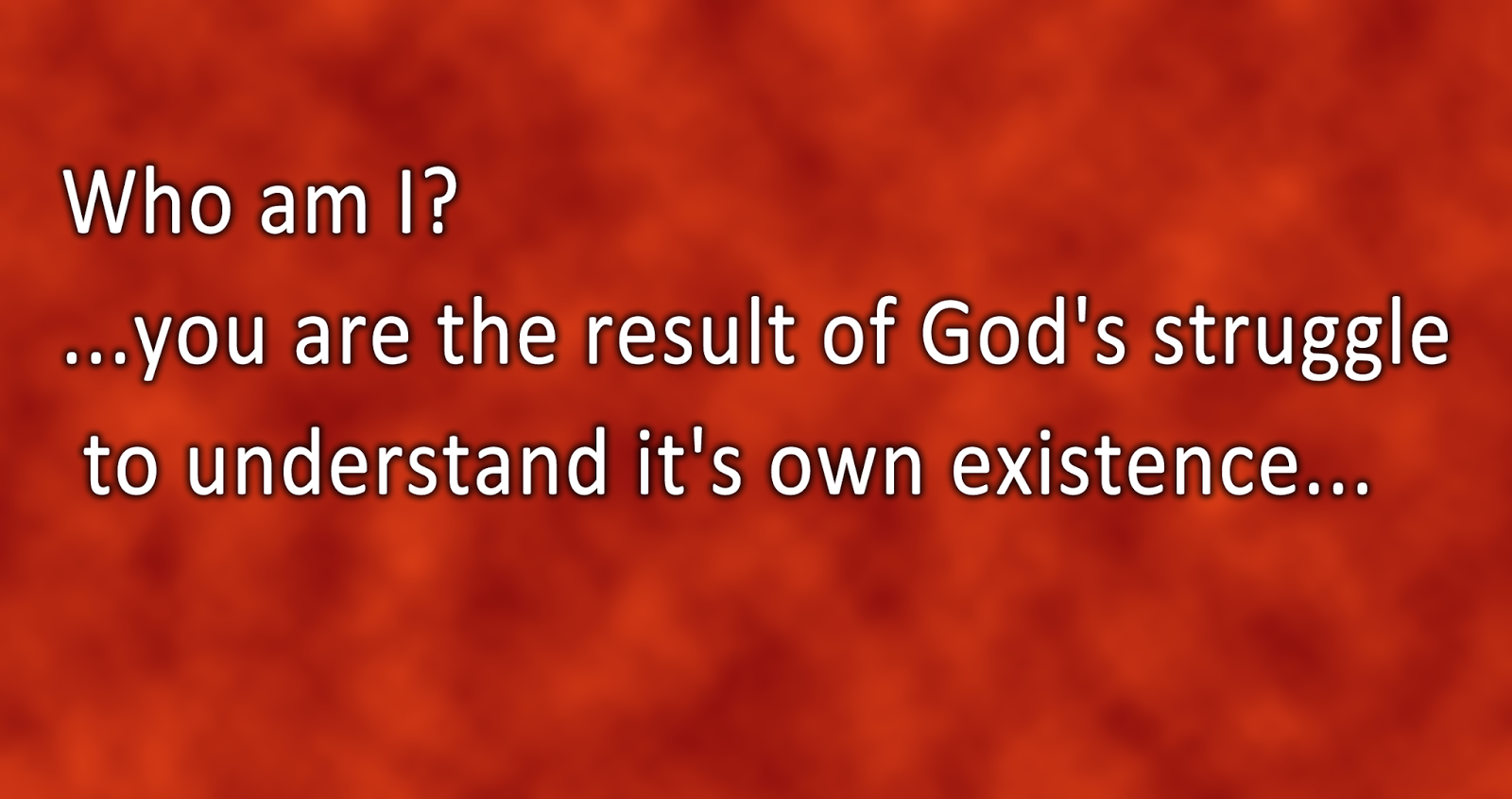 Posted by Order from Chaos at 7:14 AM No comments: 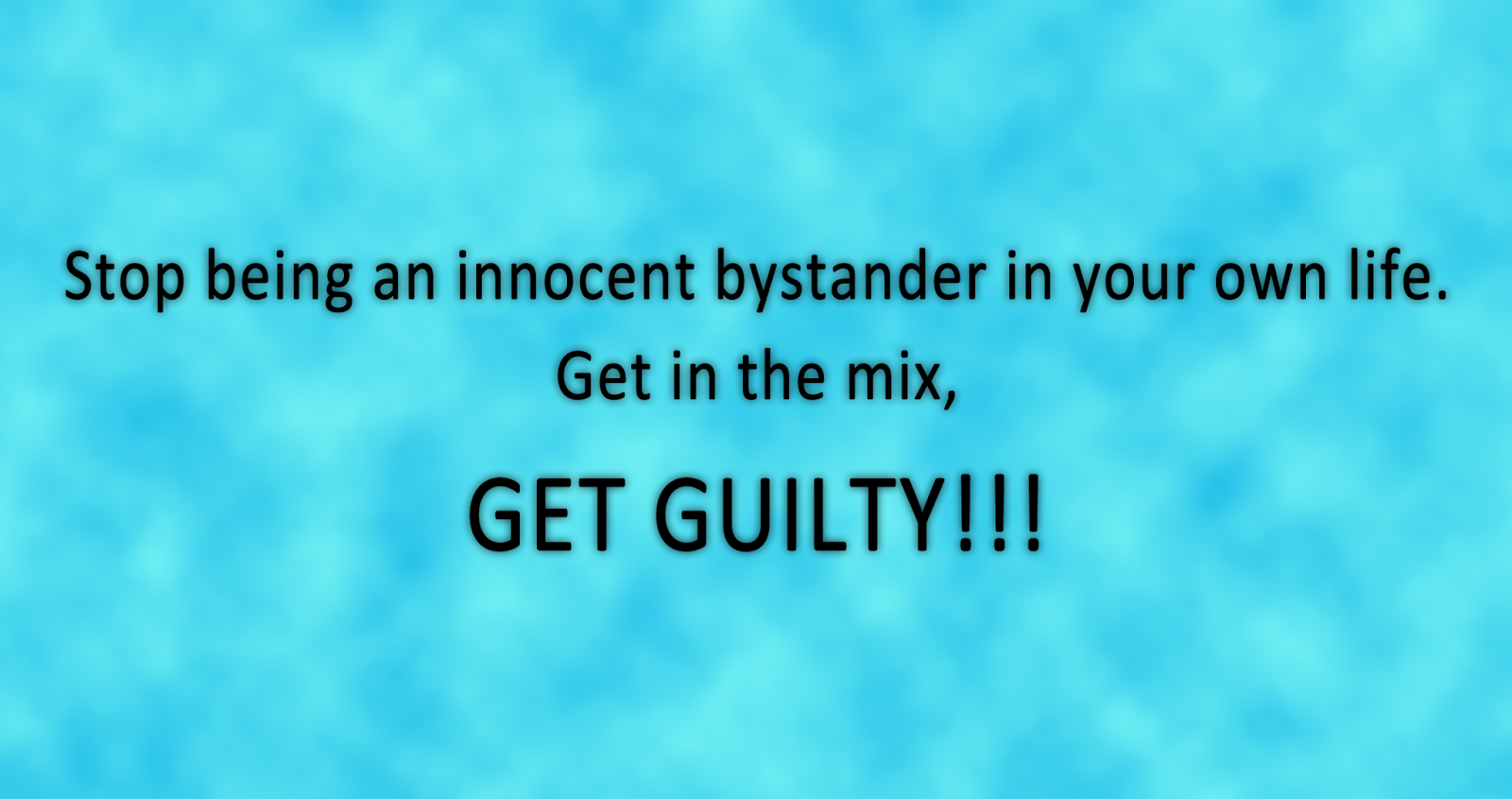 Posted by Order from Chaos at 7:13 AM No comments: we live under the influence of three...

we struggle to balance the influence... the gravity of all three

coalescing into one from three
or tearing us apart...

born and torn from a singularity, an instant from nothing to something...
torn from us we seek what is missing...
before the struggle ends to know ourselves the struggle begins to seek what we've missed...

we burst forth a quantum plurality from the nothingness of singularity...
lost to us the conformity of the whole we seek...
desire hindered by the chaos of others torn apart...
we flounder & wander among existence, passengers in a terminal seeking a way...
lurching forth we discover love is the gravity we all seek...
that binds & tears us apart...
mired in a swamp the waste of which we once knew as one...
reaching out to grab hold of what attracts...
then letting go that which we can't bind...
until the one that seems to be us, we hold & torment in desire

awake in the afterglow we struggle to become aware,
what we are
self aware
we become aware of the afterglow,
a sea of sentient existence like ourselves...
Posted by Order from Chaos at 5:08 PM No comments: